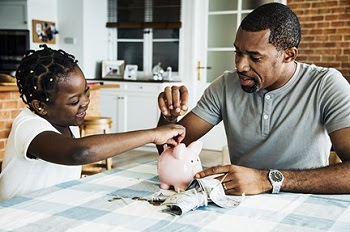 Just as most older Americans rely on Social Security for a significant chunk of their retirement income, most also rely on Medicare for healthcare coverage in their golden years. (Indeed, more than 50 million Americans are enrolled in it.) Medicare isn’t something you just receive with no decisions needed, though. The more you know about it, and the savvier decisions you make, the better off you’ll be! This month, weâ€™ll be giving you the rundown on medicare (if you do not know already, or just need to know more), and more of what to expect when enrolling!

When to Enroll
A key thing to know about Medicare is when to enroll — and not just because you don’t want to miss out on any period of coverage. If you’re late enrolling in Medicare, you could end up being charged more expensive premiums for the rest of your life!

Here’s the scoop: You’re eligible for Medicare at age 65, and you can sign up anytime within the three months leading up to your 65th birthday, during the month of your birthday, or within the three months that follow. If you fail to enroll during this seven-month period, you can always enroll during the “general enrollment period,” which is from January 1 through March 31 of each year — but your part B premiums — which cover medical services, but not hospital services — can rise by 10% for each year that you were eligible for Medicare but didn’t enroll. Yikes!

Fortunately, if you’re already receiving Social Security benefits when you turn 65, you’ll likely be automatically enrolled in Medicare. If you’re still working, with employer-provided healthcare coverage at age 65, or are serving as a volunteer abroad, you can delay enrolling in Medicare without penalty.

What’s Covered — and What Isn’t
Another key thing to know about Medicare is just what is and isn’t covered by it. Most services and products that are deemed “medically necessary” are covered. Some are free to enrollees, and others will have you paying a deductible or 20% of the cost.

What’s not covered? Medicare generally won’t cover basic home health help, such as assistance with bathing or toileting — unless the patient is also receiving skilled nursing care. Alternative medicines or treatments (such as acupuncture, acupressure, homeopathy, or chiropractic care) are generally not covered.

Care you receive while outside the U.S. is not covered, either. When it comes to Part D drug coverage, don’t expect coverage for weight-loss pills, erectile dysfunction treatments, fertility drugs, or over-the-counter medicines, among other things.

It’s Not Free Medicare can be very inexpensive for some people, but it isn’t free.

Part A is free for most people, but it carries a deductible ($1,288 for 2016) — and it’s not a simple annual deductible, either. Instead, it applies per “benefit period,” with a benefit period beginning when you are admitted to a hospital or a skilled nursing facility and ending once you’ve not received inpatient care for 60 consecutive days. Thus, if you are in and out of hospitals frequently, you may have to pay that deductible several times in a single year.

Part B, meanwhile, charges monthly premiums — which are $104.90 for most folks in 2016 — and features an annual $166 deductible. After you pay the deductible, you’ll generally be paying 20% of the Medicare-approved cost of various products and services. Premiums and costs for Parts C and D vary widely. As of 2010, the average out-of-pocket spending on Medicare for beneficiaries was $4,734 for premiums and services.

You Can Opt for a Medicare Advantage Plan Finally, know that if you want Medicare coverage, you don’t have to sign up for the traditional government-provided original Medicare coverage. Private insurance companies such as Blue Cross Blue Shield and UnitedHealth Group now offer “Medicare Advantage” plans, which are sometimes referred to as “Part C.” They debuted in 1995, and while administered by private insurers, they’re still regulated by the U.S. government. Each must offer at least as much coverage as what is now called “original Medicare” (i.e., the benefits you’ll find in Part A and Part B that respectively cover hospital and medical services).

If you think you might be interested in a Medicare Advantage plan, see which ones are offered in your area, and learn exactly what they offer and cost. Know, too, that choosing between original Medicare and a Medicare Advantage plan isn’t a permanent decision. At least once a year, you will be able to switch between them. Having these Medicare basics under your belt is likely to save you money — and it may keep you healthier, too.

This article is for information, illustrative and entertainment purposes only and does not purport to show actual results. It is not, and should not be regarded as investment advice or as a recommendation regarding any particular investment action.